Do you have pain? Do you have physical limitations slowing you down? Do you want to perform better? We here at Physical Therapy Now Cape Coral help our patient’s get their optimal wellness and life back. We treat:

With no drugs, invasive procedures, or side effects, Physical Therapy can often be the best option for your ailment, but even if surgery is required, therapy can give you improved outcomes and shorten healing time.

Our highly skilled and compassionate Therapists are among the nation’s finest and are trained to provide the latest techniques in the rehabilitation industry. These health experts will design a program specific to your needs.

We invite you to our facility located in Cape Coral. Come feel better and move better! When it comes to your health, you shouldn’t settle for anything less than the best. Come and find out why Physical Therapy Now Cape Coral has rapidly become the community’s preferred Physical Therapy Facility. No physician’s order needed.

We Will Call You Soon To Discuss Availability.

Kim Johner is the co-owner and CEO of Physical Therapy Now Cape Coral. Born and raised in Norwalk, CT, she has since made her residence in Cape Coral FL for more than 20 years.

Kim has watched the growth of Cape Coral through the eyes of a business owner and Registered Nurse and understands the needs of its occupants. Shortly after moving to Cape Coral, she started a carpet cleaning company which eventually led to a commercial cleaning business, Gulf Cleaning Service, and for many years was the owner/operator. With her goal to serve others, she eventually decided to go to nursing school.  Upon graduating Edison College in Fort Myers, FL with her degree as an RN, she sold her business and gained employment with Lee Health’s Cape Coral Hospital where she was a nurse on their medical-surgical unit for many years. Wanting to be home with her children, she eventually looked for a Monday through Friday job instead of the long 12-hour shifts, and landed in the field of home health specializing in wound care. After working in the field for several years, she eventually worked her way up to Home Health Administrator at Gulf Coast Village, a position she thrived in and loved. 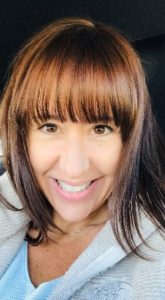 Jeff Johner is co-owner and COO of Physical Therapy Now Cape Coral.  Jeff was born in St Louis, Mo and lived there for eight years before his family moved to Bowling Green, Ky when the Corvette Plant moved there in 1979.  Even though Jeff was born in Missouri, he always felt a deep connection with his time in Kentucky and considers himself a “Kentucky Boy”.  During his childhood Jeff’s family traveled a lot, often visiting the coast, and were avid sailors.  The love of water would be the reason Jeff was led to Florida later in his life.

Apparent in Jeff’s drive to succeed, he would have many accolades in his career, starting in during his time at the University of Louisville. Jeff was a founding father of the Kappa Zeta chapter of Pi Kappa Alpha being the first Rush Chairman of the fledgling fraternity. He still considers himself the number one Cardinal fan alive…GO CARDS!!!  Jeff graduated from the university as a Nuclear Medicine Technologist.  He knew he wanted to do something that helped people so he specialized in cardiology and worked for the past 25 years helping diagnose heart disease.

Working for Lee Health as a CNMT for 15 years, Jeff has worked closely with cardiologists and management to develop best practices and ensure the highest standards. He was key in the opening of the new outpatient center’s nuclear lab and keeping up to date on the latest innovations and technologies.

With talk of starting a business of their own and information they had received, Kim and her now husband Jeff, who had the same entrepreneurial spirit, knew immediately they would buy into the Physical Therapy Now franchise when they learned about it. Kim has expertise in running home health rehabilitation and working closely with physical, occupational, and speech therapists, as well as physicians and many others in the community. Jeff has expertise in starting up and running Lee Health’s outpatient nuclear stress lab and working one on one with patients for more than 25 years as an CNMT. Jeff knows what it takes to ensure the best patient care and positive experiences for patients. Together they knew they had the key to success and once again to be able to serve their community in a positive way doing what they love.

As a physical therapist and chaplain for a collective three decades, Tom Hafer has cultivated a unique approach to health and wellness. Working as a physical therapist in Lee County since 1989, his career path spanned from his own private practice to assisting various other sports medicine, orthopedic, and geriatric care facilities around Lee County, including Gulf Coast Village where he and Kim worked together for 6 years. For a short 2 years in the middle of his career, he traveled north with his family to earn a Masters Degree at a Philadelphia Seminary only to return back to Cape Coral to continue work with both physical therapy patients and parishioners, alike. For the last 12 years, he had also traveled across the country speaking and spreading his message of the importance of “caring for yourself to better care for others.” He is the author of eight books: Faith & Fitness, Well Planet, Aging Grace, Soul Man, Ramble On, Happy & Healthy, Everybody’s Beautiful, and Anger, Fear, Anxiety. He lives with his wife Eileen in Cape Coral. He has three adult children, Abbey, Dan, Rachel, and one miracle granddaughter, Leyla 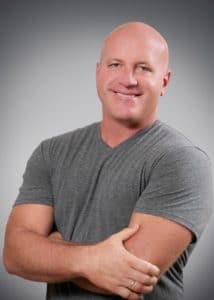 It’s no secret that being physically active can impact your overall health. At Physical Therapy NOW, we offer unique exercise therapy services designed to help you look and feel your best.

A Path to Physical and Mental Rehabilitation
Being physically active doesn’t mean you have to be a runner or play a sport. Exercise can come in a variety of forms, and it can be a key component of improving your mental and physical health. At Physical Therapy NOW, our exercise therapists are eager to help those in Miami, FL increase their strength and get in better shape. And with the right treatment plan, you may discover that your mental outlook changes for the better.

Don’t be intimidated by the idea of exercise. With the right therapy program, you could be on your way toward feeling better physically, mentally, and emotionally. Call us today for more information about our exercise therapy program or to schedule your consultation.

A FCE can be utilized to decide wellness to work following a broadened time of restorative leave. On the off chance that a employee can’t come back to work, the FCE gives data on forecast, and word related recovery measures that might be conceivable. A FCE can likewise be utilized to encourage and recognize changes to employee workload, or alterations to working conditions. For example, ergonomic measures, that the business might have the capacity to attempt with an end goal to oblige a worker with an inability or restorative condition. FCEs are expected to decide whether a worker can continue working in a limit “similar with his or her aptitudes or abilities” before the inability or medicinal condition was analyzed. A FCE includes appraisals made by at least one therapeutic specialist. There are two sorts of FCE utilized by the United States Social Security Administration: the Mental Functional Capacity Evaluation (MFCE) that measures passionate and mental limit, and the Physical Functional Capacity Evaluation (PFCE) that measures physical functioning.

Studies have been embraced to evaluate the precision of FCEs in foreseeing the long term results for patients, both as far as coming back to work, and in the likelihood of perpetual handicap.

FCEs are likewise used to decide qualification for incapacity protection, or benefits qualification if an employee is forever unfit to come back to work. T

Amid Most FCEs, the accompanying estimations are additionally taken:

To what extent one can stand or walk

Adaptability and coming to

Getting a handle on and holding capacities